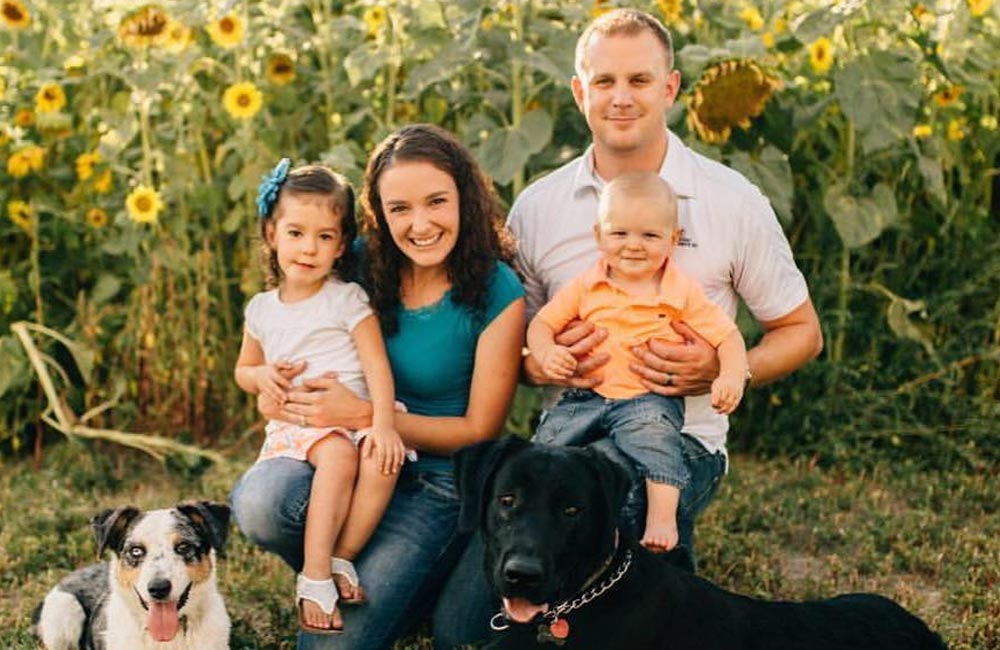 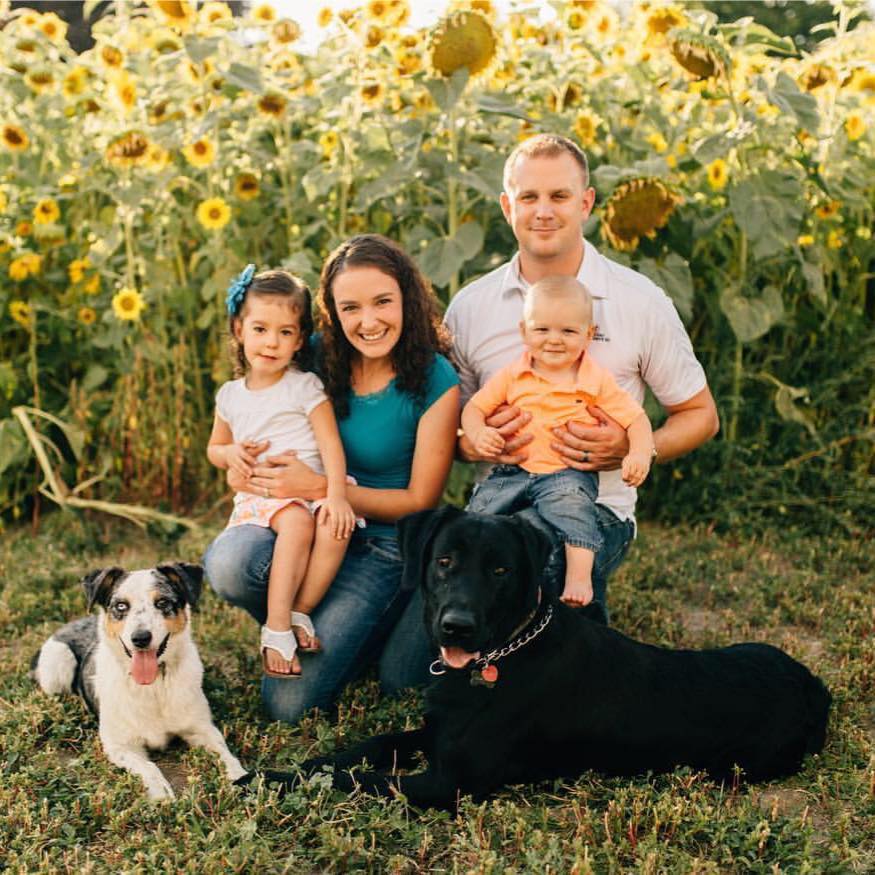 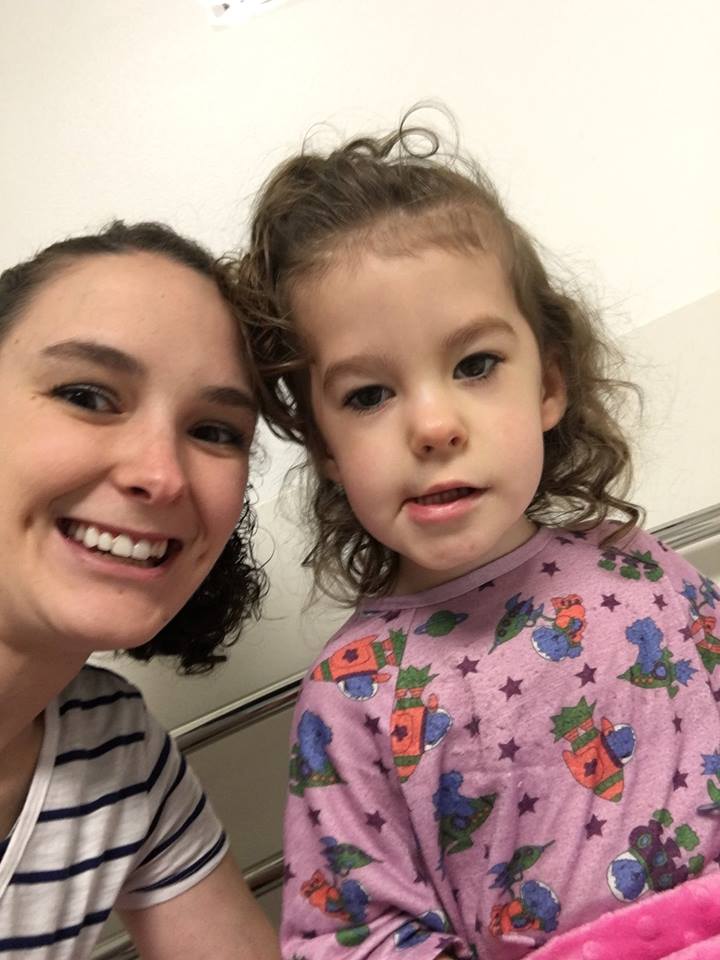 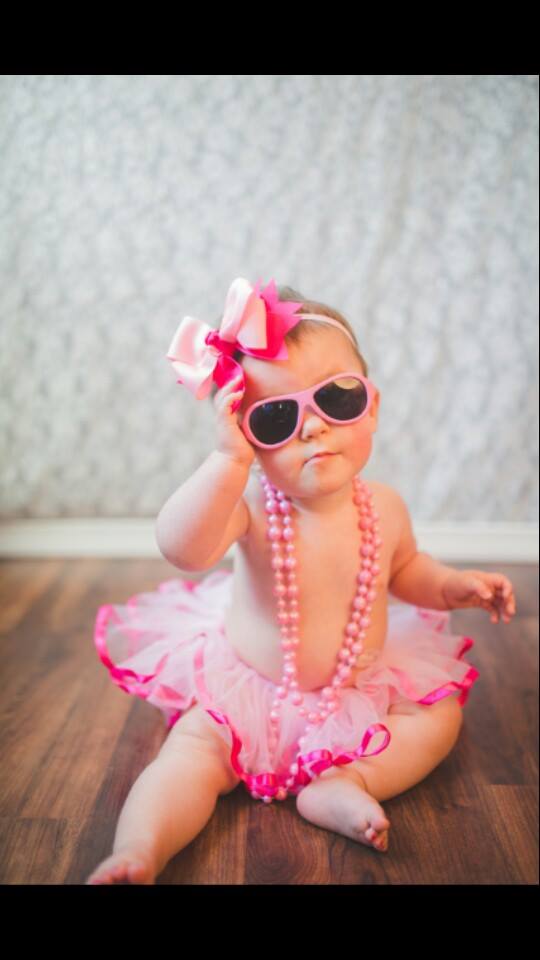 As soon as Kimber was born, it was apparent that something was wrong.  She slept through shots, bathing, and a blood draw. No one was able to determine what was wrong.  They only gave Kimber six months to live. Luckily, the doctor’s were wrong. Kimber is now a fun four year old who has since been diagnosed with Prader-Willi syndrome.

Fighting for What You Love

Alyssa, Kimber’s mom, described Kimber as a “rag doll”.  She explained that for the first week of her life, Kimber slept constantly.  The pediatrician knew that Kimber had a traumatic delivery and wanted to give her time to rest.  After a week, she wasn’t improving and was sent to a hospital for further testing.

Kimber stayed in the NICU for two months and was discharged with a G-tube.  A few weeks after they arrived home, they received a call from the geneticists.  Alyssa said, “..The geneticist called and told me that Kimber had Prader-Willi syndrome.  That was sad, but it was kind of happy for us. When we were told that she wouldn’t live past six months, and now we are told that she is going to have a pretty average life span.”

What is Prader-Willi syndrome?

Difficulties in caring for a child with Prader-Willi syndrome

Alyssa shared how Prader-Willi syndrome has affected her life.  She said, “Complications with the syndrome include some food issues..we lock our fridge; and we have very strong dietary guidelines.  She is on a very strict medial diet.”

“She eats at certain times, and we don’t eat any other time of the day.” This is something that Alyssa said is hard for people to understand and get used to when they first come to her house.

The doctors were wrong

Kimber has proven the doctors wrong at every milestone.  They predicted that she wouldn’t show emotion and that she would have difficulties walking and talking.  Kimber has what Alyssa described as an “adult vocabulary and uses it very well.”

Kimber is four years old and is sweet and kind.  She is funny and is constantly making her family laugh.  Alyssa recalls the doctors saying that Kimber’s life was going to be very very hard and that she was going to be a burden on their family.  Alyssa said, “They couldn’t have been more wrong..She’s just a sweetheart and so much fun, and I can’t imagine our lives without Kimber.”

Going through a second mourning period

Alyssa has an 18-month-old son named Brady.  She said, “To see Brady easily eat a meal and roll over..that was a different experience.”  She was in shock when Brady was born, to see what was normal compared to Kimber’s experience.

This caused Alyssa to go through what she called, “a second mourning period.”  Seeing Brady do things easily made her realize just how hard Kimber has to work for something.  However, she is grateful Kimber came first. Kimber wants to be the older big sister. Brady pushes her to be better and do things better than him.

Advocating for you child

Using Kimber as an example, Alyssa goes to local school and does presentations about Kimber and what is it like to have a child with a disability.  This is something that has allowed their community to rally behind Kimber.

For Halloween, their community will have non-edible items specifically for Kimber.  When they are invited to a BBQ, Alyssa will receive texts to ask “How can we make it so Kimber is comfortable?” and, “What kind of food should we be serving so Kimber is safe?”

Looking back at photos of herself during the process of receiving a diagnosis, Alyssa wishes she could reach through and tell her past self to, “hang on, it’s going go be okay.”

“These kids are just incredible; they are so determines, and if you don’t limit them, they are not going to limit themselves..she has taught us so much about what it’s like to really love deeply and unconditionally, and what it means to endure to the end and fight for what you want and for what you love.”