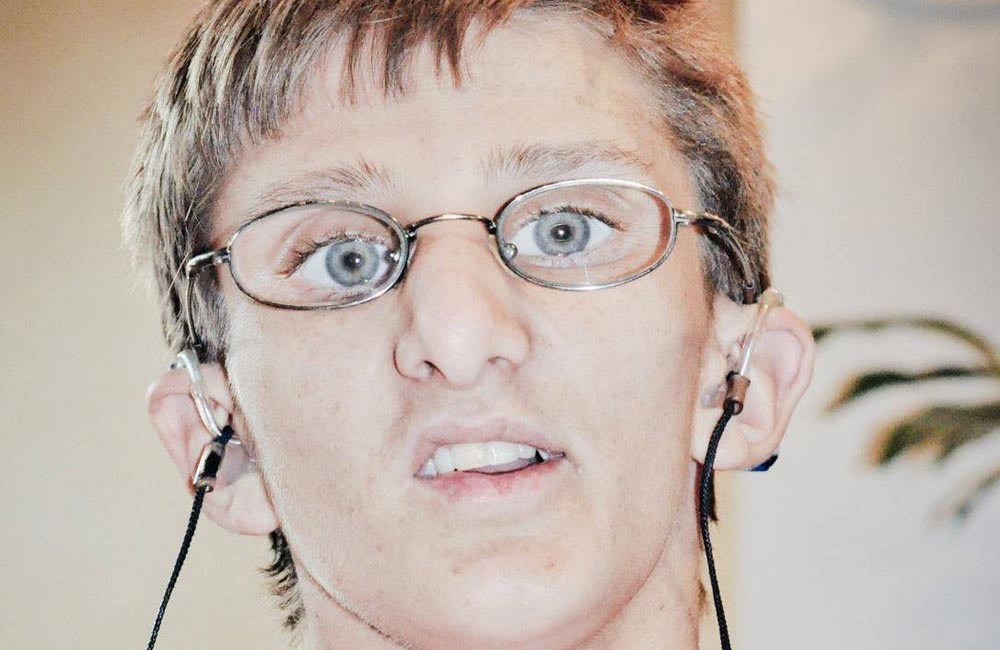 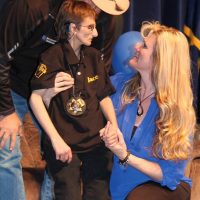 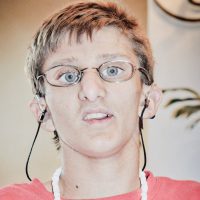 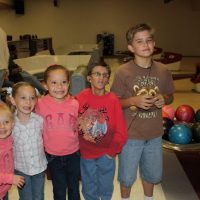 Jace was seven years old when he was diagnosed with Cockayne syndrome type one, which is a very rare genetic condition, and is fatal. His mother, Valorie, became his champion and has started a non-profit organization called Team Jace to help other families walking the path of having a child with disabilities.

“Type one children are normally born pretty healthy and develop normally until they are about a year old, and then they start to struggle,” said Valorie. “Jace was born with a small head size, but normal head size by the time he was a year old.”  Jace was speech delayed and very sensitive to the sun, which is typical of the syndrome.  Valorie assumed the sun sensitivity was due to his being blond and blue eyed and didn’t consider it a symptom.

They took Jace to dermatologists when he was about 2 1/2 years old because even with sunscreen Jace would burn terribly. “He would still burn and blister, and his eyes would burn,” said Valorie. “We had been to several dermatologists, and actually the first person who said Cockayne syndrome to us was a dermatologist at Primary Children’s.”

At the time Jace was little there was not testing available in the United States for the syndrome. A skin biopsy was sent to a doctor in England who confirmed the diagnosis. “I got an email confirmation that they had found Cockayne syndrome in Jace’s cells,” said Valorie. “I had to contact his geneticist, which started this ball rolling.”

Jace was seven years old when he was diagnosed with Cockayne syndrome and weighed only 35 pounds. “I started pushing for a feeding tube, and that was not an easy road. It was a rare syndrome, so doctors had not seen a child with that syndrome, so they didn’t have a set treatment plan,” said Valorie. “I finally got the doctors to understand that this kid won’t eat ice cream, won’t eat candy bars and won’t eat cookies…He was having a lot of issues because he was so dehydrated and malnourished.”

Valorie had to work hard to convince the doctors that Jace really needed the feeding tube and she had to battle the insurance company. “We had to go through all of the jumping through hoops to convince the insurance company that this was necessary,” Valorie said. “We had to go through a month of meetings with a dietitian and following what they suggested, which of course didn’t help, and he actually lost weight.”

Not having information about your child’s syndrome

“Probably one of the hardest parts of the syndrome is that even the doctors who are trying to help, are not sure how to help, and in a lot of ways, their suggestions hurt us,” said Valorie. ” I had to decide that maybe they didn’t know best, which is not my natural perspective with a doctor, when this journey of ours started out.”  Valorie spent a lot of time researching the syndrome and worked with her son and got to know what worked. As a result, she became an advocate for Jace.

Jace passed away on May 25, 2017 and he was 20 years old. Valorie talked about what was the hardest part of caring for Jace during his life. “Watching your child suffer and knowing that you have to allow a doctor to perform things that are painful,” said Valorie. She expressed the desire to spare Jace the pain, but recognized they were needed procedures. “Jace had a very positive way of looking at things. He wasn’t a complainer. He didn’t cry, and whine about the pain. He was a tough guy, so it made that part a little easier,” she said. “However, the progression of the syndrome and constantly watching him lose abilities was difficult.”

Jace lost the ability to ride his bike and pop wheelies. “We got him a trike that he could ride, but he couldn’t pop wheelies anymore, but like I said, he had this great outlook,” said Valorie. He didn’t complain because he couldn’t ride a two-wheeler anymore. He was happy his trike was blue, his favorite color. “If it was blue, you could get Jace to do just about anything,” said Valorie.

“Jace had no concept that there was anything really wrong with him. He was only 4′ 2″, but he thought he was a 6′ tall man. He thought he was the strongest person ever,” said Valorie.  “Watching him with people and watching callous, closed off people, they had no weapons towards him whatsoever. He had a way with people that I’d never seen any other person have.” Jace had the ability to connect with people and he had very good people skills.

Valorie and her husband have 3 other sons besides Jace. Jace was the second to the oldest. Valorie describes the impact of Jace on her family as being tough. “Jace required 24-hour care, and the type of care changed over the years, but he’s always required eyes-on,” said Valorie. The family adapted as Jace’s medical condition deteriorated. “When Jace was in pain or sick, he was the top priority. That meant the other kids had to be second,” said Valorie. “It was a struggle, because I am one of those kinds of moms who think that my kids come first.”

Jace had difficult medical situations that required constant attention from his mother. She made sure she read stories to all of her children nightly and tucked them all into bed.

Take a breath and try to enjoy today

Valorie advocates networking with other parents and organizations that offer information and support to families with children who have Cockayne syndrome. “I would say the number one thing is to get in contact with these people,” she said. She also advises keeping children out of the sun, and to avoid unnecessary medications. “Cockayne’s kids struggle with liver issues and kidney issues, and if you pump your child full of medications, it takes a toll,” said Valorie.

“I would also say to take a breath and try to enjoy today, because when you know the cliff’s coming, you brace just naturally. It took me probably about a year to realize that I wasn’t making memories because I was so fixated on this disaster that’s coming that I was missing out on what we’re doing today,” Valorie said. “Our world is out of control, and we are all running as fast as we can possibly run, but looking back, now that Jace is gone, the things I remember are those little five-minute things, where we stopped and picked sunflowers and silly things…Make sure that you are taking the five minutes that really matters.”

It was worth having a child with a rare condition

When asked if all of the hard times, seeing Jace regress and battling insurance companies for 20 years was worth it, Valorie replied, “Oh, Absolutely!”

“My struggle now is to try to revert back to a mom of three healthy boys,” said Valorie. Now Valorie is busy with a nonprofit organization she started called Team Jace. She has become an expert in dealing with insurance companies and doctors and wants to help others in the same situation she was in. “The number one thing I would like to focus on is helping people get the equipment that their child needs…Get on Team Jace’s page on Facebook and contact me. I will help you find what you need, and if that doesn’t work, we’ll find another way,” said Valorie. “I think so many parents just feel helpless because you’re at so many people’s mercy. You’re at your child’s syndrome’s mercy, and the doctors’. What will the doctors do, what will the insurance pay for? It’s not up to them. It’s up to you and what you’re willing to do.”