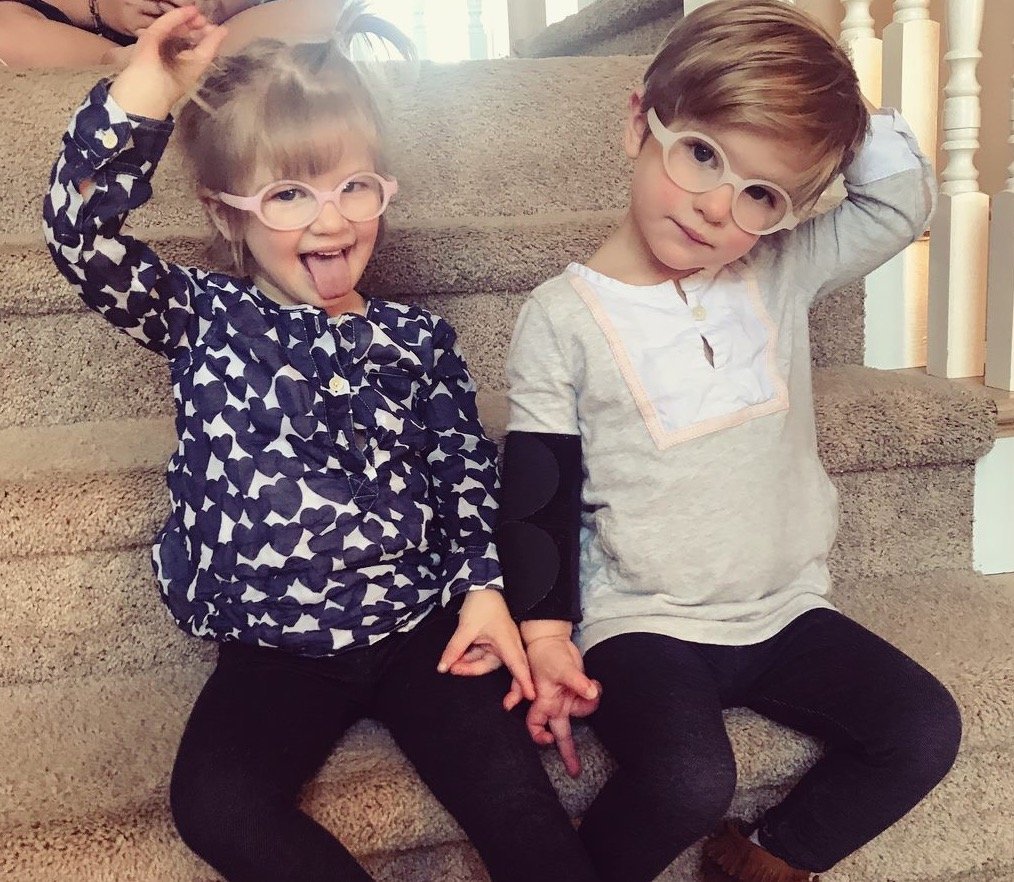 Cora and Trey have identical twin girls.  When they were two-years-old, they were both diagnosed with a rare neurological disorder called Rett syndrome.  With only eight confirmed cases in the United States, Cora and Trey have become advocates for their daughters.

When Charlie and Olivia were young, their parents were suspicious something was wrong.  Cora said, “They weren’t hitting their milestones when they should have, so we needed to take the next step..we went to Vanderbilt to see a developmental pediatrician.”

At the end of that appointment, the pediatrician had diagnosed the twins with autism.  She decided to do genetic testing for Rett syndrome. Cora recalled, “We had obviously never heard of it.  It was extremely rare, and she said. ‘Don’t Google it; it’s very rare and they probably don’t have it, but we just need to make sure.’..we waited six weeks to get the actual phone call that they both had the genetic mutation, and it was Rett syndrome.”

Getting a diagnosis was a relief

While the developmental pediatrician had advised Cora and Trey to not Google Rett syndrome, they did.  Tray was glad they did, he said, “The more we looked into it during that 4-6 week period, we came to the realization that it was probably what it is.  I think a lot of our grieving was done in that time frame, but then when we actually got the diagnosis, it was almost a sense of relief…that gave us a game plan.”

He continued saying, “We knew what we needed to do and what resources we needed to approach and all of that. It was a mixed bag of emotion.  Obviously it’s never easy to hear that, but I think it was made a little easier because we had prepared ourselves.”

Girls have XX chromosomes and boys have XY chromosomes. Because of this, Rett syndrome is seen predominantly in girls.  Cora shared, “It’s a chromosomal mutation in the MECP2 protein on the X gene..very rarely it’s also seen in boys.”

Cora helped explain what the is affected with Rett syndrome, saying, “The MECP2 gene affects lots of other things in the body; it controls motor function and has aspects to communication and even breathing, to the level of severely is wide…there are girls and boys who are completely on the other end where they have daily seizures, cannot use their hands at all and grind their teeth constantly.”

The twins are nonverbal

Charlie and Oliva are on the milder side of the Rett syndrome spectrum.  Cora shared some of the things they struggle with. She said, “The girls don’t have seizures, but they do have some breathing abnormalities and hand stereotypy. The hardest thing is communication as they are nonverbal.  That’s the hardest aspect of everyday, with their not being able to communicate their need to us, and it caused them anxiety.

Cora and Trey are finding ways to work around their communication needs.  Cora said, “We actually just got approved for our second Tobii gaze device which helps them communicate by tracking their eye gaze for different symbols.  They are catching on fast, so it’s becoming one of the more joyful things instead of a hard thing, so we are turning that into a positive.”

With each milestone requiring more effort and practice for the twins, Cora and Tray shared their joys. Cora said, “We get to celebrate the little milestones..the girls are getting better at taking steps up the stairs, and they are actually improving in areas that we were told they would improve much at all, so that’s exciting for us.”

Tray said, “There are a number of specific things that we noticed or mentioned like walking up the stairs, improving their overall motor skills and the physical capabilities that they have..Things like that are fun and just really exciting for us..For us, it’s a huge step in the right direction, so we get to celebrate all of that stuff.”

Finding support in the community

No one wants to feel alone in their journey.  Cora gave great advice for parents of a newly diagnosed child.  She said, “I would say reach out to your community. There are lots of families out there and people in similar situations, and they have more experience in this game, especially with these rare diseases.”

She added, “Love your children and focus on that first, everything will fall into place if you just have patience with yourself.  You’re so much stronger than you think you are. You don’t have to do it all on our own. That’s why there are resources and communities out there like Orange Socks, to help parents understand that this doesn’t have to be so lonely, it can actually be a really positive experience for you.”

Tray shared, I would say as a closing remark would be to become an advocate.  Don’t be scared or shy. Awareness is key when it comes to a diagnosis, especially a rare one, because more resources become available when more people know about your condition.”