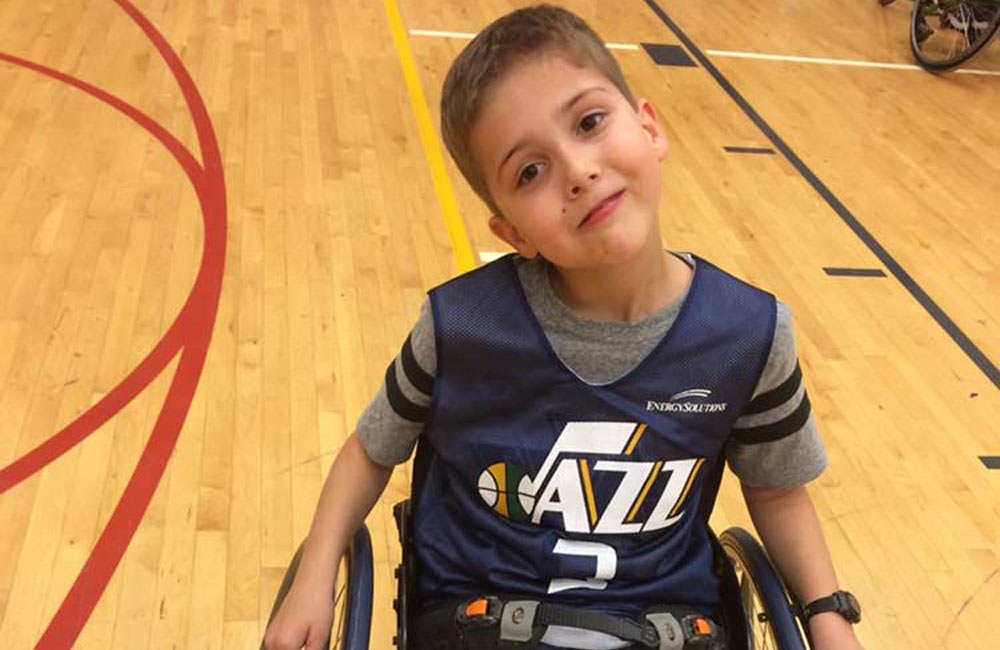 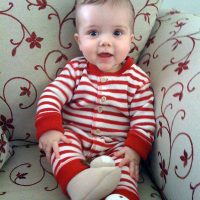 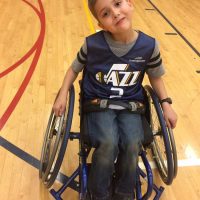 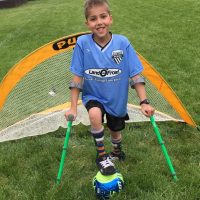 Jaden was born with spina bifida myelomeningocele and was only a few weeks old when he was placed into the foster care system.  Ryann became his foster mom and then legally adopted Jaden when he was almost two years old. He has blessed his family’s life and spreads love and acceptance wherever he goes.

Ryann shared her journey towards adopting Jaden.  She said, “We were foster parents, and we got a call about Jaden.  They explained his condition, which was spina bifida..they said they had been trying to find homes that would take him, but they couldn’t find anyone.”  Ryann wasn’t familiar with spina bifida.

She told her supervisor that she wanted to research Jaden’s condition.  She recalled, “We looked it up and figured we could probably handle it, not really knowing what it was going to be like. We got him three weeks later after he was released from the hospital; he was five weeks old.”

When a baby’s spinal cord doesn’t close all of the way, the neural tube is left exposed.  This can result in damage to the spinal cord and nerves. There are several different types of spina bifida.  Jaden, has the most common and most severe type.

“He is catheterized..he has had reconstructive bladder surgery..we’ve also had to have several surgeries to correct his clubbed feet..we’ve had his tibias rotated so his feet would stay straight.  He has hydrocephalus also, so we have a shunt that we have to watch so that the fluid from his brain will drain right.” Ryan explained.

Adopting a child from the foster care system

Jaden’s biological mother decided to give him a chance at a better life.  She signed away all parental rights; this allowed Ryann to adopt him. When Jaden was 17 months old, he was adopted.

Chuck, Ryann’s husband, was introduced into Jaden’s life when he was two and a half.  He described, “After we got married, I had fully adopted him as my own”

Dating someone with a child with a disability

Dating when you have children can be tricky.  When that child has a disability, it can make dating extremely complicated and hard.  Chuck said, “I didn’t ever expect to do something like this..he had such an easygoing, outgoing personality that he was easy to like.”

He advised others dating someone with a child who has a disability  to look at it more objectively. He said, “Just do your homework on it before taking on a role like that; make sure you are the type of person that can tolerate this long-term.”

Even with the medical complications that come with having spina bifida, Ryann and Chuck shared the joys that Jaden has brought to their lives.  Ryann said, “He has brought the greatest joy and love to my life. He teaches me something new everyday, and I’m grateful for that. I wasn’t scared to take on a child like him..and he’s blown me away..he has done so much more than we thought he could do.”

Jaden is proving that we are more alike than different Chuck shared, “He lives riding ATVs. He loves getting out there..he loves those team sports..he is a typical boy; he likes what nine-year-old boys would like; monster trucks, cars and motorcycles. He loves sporting events..he might not be able to participate like other boys, but he still has the same interests and loves.”

The extended family has also been positively impacted since having Jaden around.  Many of the family members keep extra supplies that Jaden needs on hand. Chuck says that this helps Jaden feel included and accepted rather than being a burden.  He knows that because of this, Jaden feels like a normal grandkid or cousin when they visit other households.