Mercedes and Andy: Down Syndrome Adoption 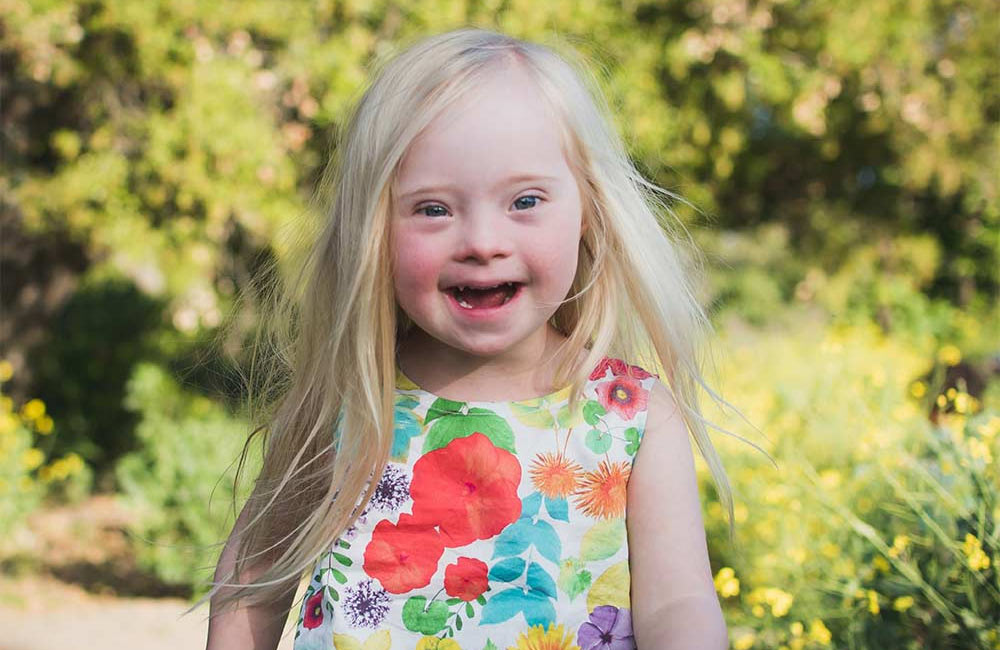 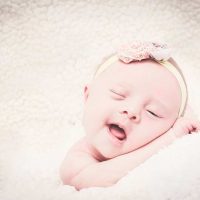 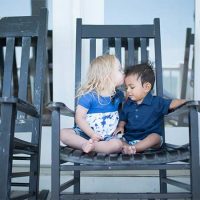 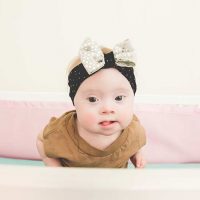 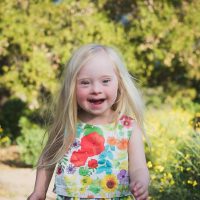 When Sunflower was three days old, she was adopted by Mercedes and Andy.  She has Down syndrome and brings light and joy into her family’s life. Andy and Mercedes share their story of what led them to adoption and how Sunflower has impacted their lives.

Adopting a Child With Down Syndrome

Mercedes and Andy had been married for three years when they found out they were pregnant. Shocked, and excited they prepared for the new journey of parenthood.  Unfortunately, they had a miscarriage. Mercedes shared, “It was the first time obviously that we had ever experienced anything like that, and it was the first time I experienced loss. Three months later..my brother passed away suddenly..he was 21.”

The next year was full of grief and was extremely hard.  During that year, Mercedes and Andy, served a mission in Haiti at an orphanage for children with cerebral palsy.  They were able to help in the care of these children, feeding, changing, and physical therapy. Mercedes said, “It was intense, and it was beautiful and it was hard work.  Andy and I were thinking, ‘goodness, we would take home any of these kids in a heartbeat.’”

Telling your family you are going to adopt

Their family has been nothing but supportive.  Andy said, “We told them at dinner around Christmas.  They were excited because it was our way of telling them that we were going to pursue having our first child.  I think they instantly realized that it would be a beautiful thing to accomplish.”

When describing the experience with her mom, Mercedes said, “I remember telling me mom and she said, ‘Okay’, she wasn’t shocked at all..she had always known that I wanted to adopt.  She has seen me in my different roles in the special needs community, so she wasn’t surprise at all.”

The challenges in raising a child with Down syndrome

Like a typical sassy four-year-old, Sunflower is giving her parents a run for their money.  Mercedes said, “The baby years were breezy; she was the best baby ever. Now that she’s four, it’s a hard question..I’m trying to pinpoint it it’s just her being four or her being a girl with a lot of sass and a lot of bossiness.”

Both Mercedes and Andy feel like they have to ask themselves, “Is this moment that she’s having because of Down syndrome or because she’s four?” Torn between knowing how to handle certain situations is what they find to be most difficult.

Another challenge Andy feels like they have is communication.  People with Down syndrome have lower muscle tone which can interfere with their ability to communicate effectively.  Andy said, “..her speech is one thing that’s been slow to develop, so that has been difficult to communicate with her..it’s so wonderful when she gets new words and when she communicates something different or figures out a new way to communicate with us.”

As most parents do, Mercedes often wonders if she is helping Sunflower reach her full potential.  She said, “With Sunflower, the hardest part is my own parental doubt that I’m not doing enough or doing too much.”

The joys a child with Down syndrome can bring

“Sunflower has the best smile and best overall cheerful spirit.  She’s seriously like a sunshine-sunflower girl. She can brighten up a room with just her joy. She’s fearless..I want to be fearless so I can enjoy different fun experiences with her.” said Mercedes.

Sunflower doesn’t seem too different than other four-year-olds.  Andy shared, “She tends to front-face happiness and joyfulness, wanting to play and find a great amount of life in a number of things.  She has loved books from a young age, loves drawing and painting so it has been fun to see her interested in words on a page and pictures on a page.”

“I birthed her from my heart”

Even though Mercedes, Andy and Sunflower look like complete opposites of each other, Mercedes said, “Sometimes I forget that she’s even adopted..because she’s just my daughter.  It just feels so real. She became part of our family; how she became ours through adoption is no different than if I would have birthed her because I birthed her from my heart.”

Raising a child is scary

Most parents will agree that raising a child, with a disability or not, is scary.  Andy said, “With any person, there is no guarantee of how life is going got turn out..I don’t think that you could go into any parental situation and expect that you are going to have some aspect of control to a point of satisfaction..Easy isn’t the end game; falling in love and building relationships with a child is what your doing regardless.  There are plenty of children out there who aren’t loved, who need to be adopted.”

To that Mercedes added, “It’s scary, but it’s scary when you have a child, adding that person to your life in general..it is my complete pleasure to be Sunflower’s mom..People with Down syndrome have a lot to offer this world.  They are spectacular, strong and resilient and they are to be seen as capable, loving, worthwhile people. I can’t say enough good things to bring awareness that people with Down syndrome have value, they are intelligent and have so much to offer.  They are the best.”