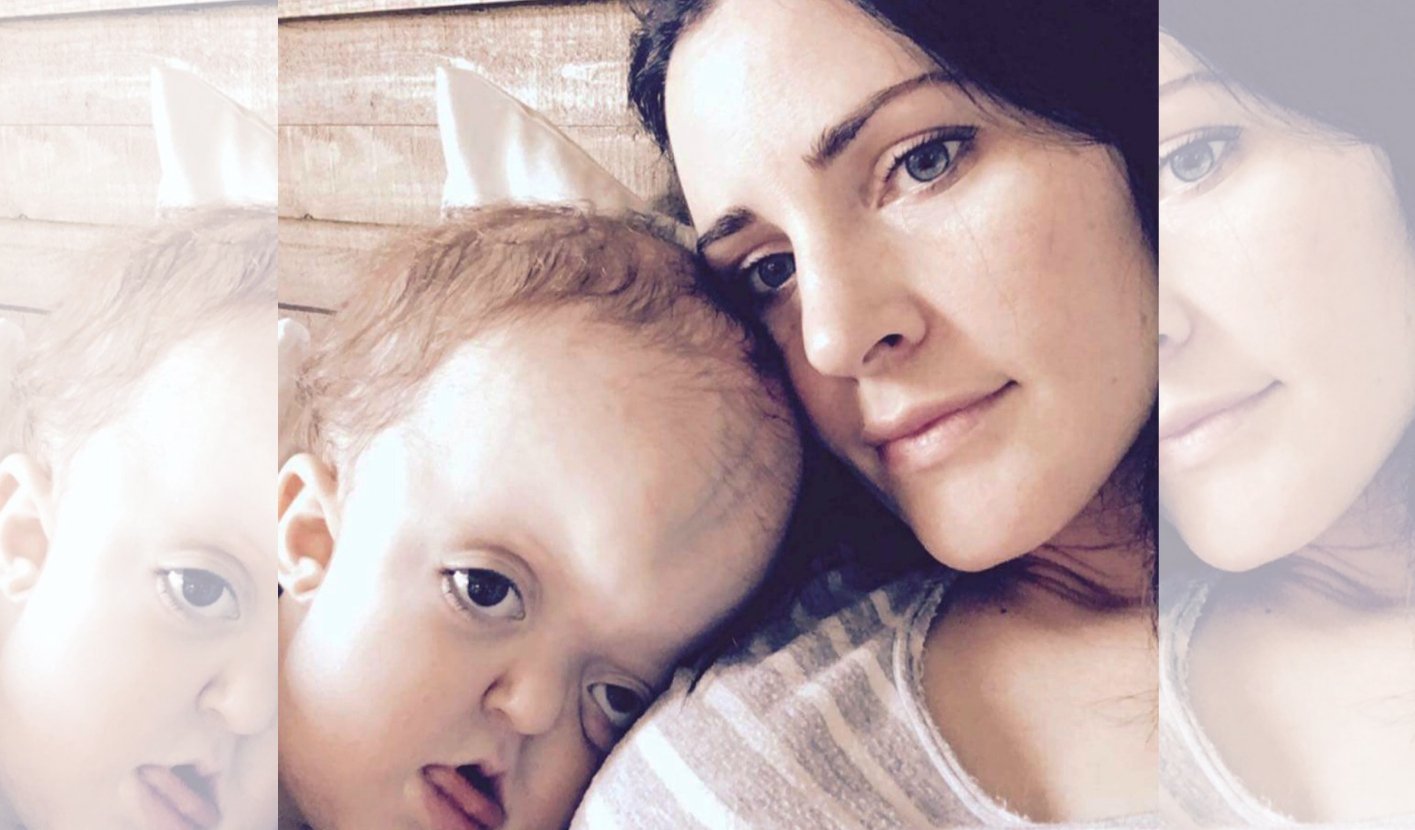 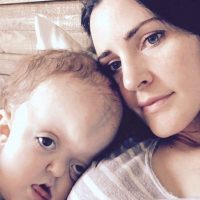 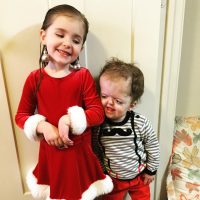 Megan and Josh weren’t expecting their son Edison to have Apert syndrome or hydrocephalus.  Now at three-years-old, Edison has brought continuous joy into their lives. He has endured numerous surgeries and has many more in his future.  Megan and Josh were candid in sharing their experience.

Megan recalled the first moment she realized that something might be wrong with Edison.  She said, “The second they laid him on my check after he was born, he looked a little different, but they had used a vacuum on his head, so I wondered if maybe that’s why he looked different.  Plus, when they first come out, they are gross, so I didn’t really know, but they immediately took him away to the table. Then I sensed a weird feeling in the room, like a weird vibe, and I thought, ‘Oh crap, something is wrong.’”

Upon seeing his son for the first time, Josh noticed that all of his fingers were fused together.  Thinking that was it, Josh said, “Oh okay, so he has webbed fingers, no problem, we can deal with this.”  After spending time with the nurses, they started to notice other abnormalities.

A few hours after he was born, a pediatrician visited Megan and Josh.  He told them that Edison either had Apert syndrome or Pfeiffer syndrome.  Upon doing further research he confirmed that he thought Edison had Apert syndrome.  He referred them to Primary Children’s Hospital.

When they arrived there, they met with a geneticist, ENT, plastic surgeons, and neuro surgeons.  The geneticist confirmed that Edison did have Apert syndrome.

Apert syndrome is a genetic disease in which the seams in the skull close earlier.  This results in an unusual face and head shaped. Individuals with Apert syndrome typically have a flat, elongated forehead, and bulging eyes due to shallow eye sockets, and fusion of the digits.

Edison was four months old when he had his first surgery, a craniotomy. Josh said, “They had to go in and create a way for his skull to be expanded to make room for his brain.  We’ve done two of those pretty intense, long surgeries. I like to think of it like braces for your head. They put devices on his skull that we had to turn twice a day, and we would open his skull a millimeter everyday.”

Edison has also had several surgeries to separate his fingers and toes.  Josh said, “He has had all of his fingers released and that was two separate surgeries, where they have to do every other finger on the releases to make sure the blood supply is there so they don’t lose the fingers.”

Around his first birthday, Edison was also diagnosed with hydrocephalus.  This required him to have a surgery to place a shunt in one of the ventricles in his brain.  A shunt is placed to help drain spinal fluid from the brain, preventing too much pressure from building up.

The joys of having a medically complex child

Despite all the surgeries, Megan said, “He is the most happy, pleasant kid in the world.  I feel like you couldn’t ask for a better, more pleasant child.” They have learned to find joys in the little things.  Their first child was walking around nine months, something Josh said they were excited about. However, when Edison started walking when he was almost three, Megan said, “..we were crying, and it was a way bigger deal.”

Josh says he is learning to celebrate the simple things with Edison.  He said, “..the sweet things are sort of the things that we celebrate everyday with our daughter, but for him, they take more time, more development and a lot of work.”

“That’s easy.  Even though it’s challenging.  The challenges are so worth it..I don’t even feel like it’s a question of is he worth it. He is pretty high-functioning, and he’s happy and pleasant, he’s just like a normal little boy who has to have a lot of surgeries. ” Megan said in reference to if she would choose to do it all over again.

Josh wholeheartedly agreed saying, “..when you care for a child who requires a different kind of attention, your capacity to love is increased dramatically. I would just tell anybody that your life changes in the most remarkable and positive way.  There is very little downside. Yes, we have to watch our son hurt, and that’s the hardest part, but the happiness and the joy and the progress overshadows any negatives a hundred thousand million times over.”