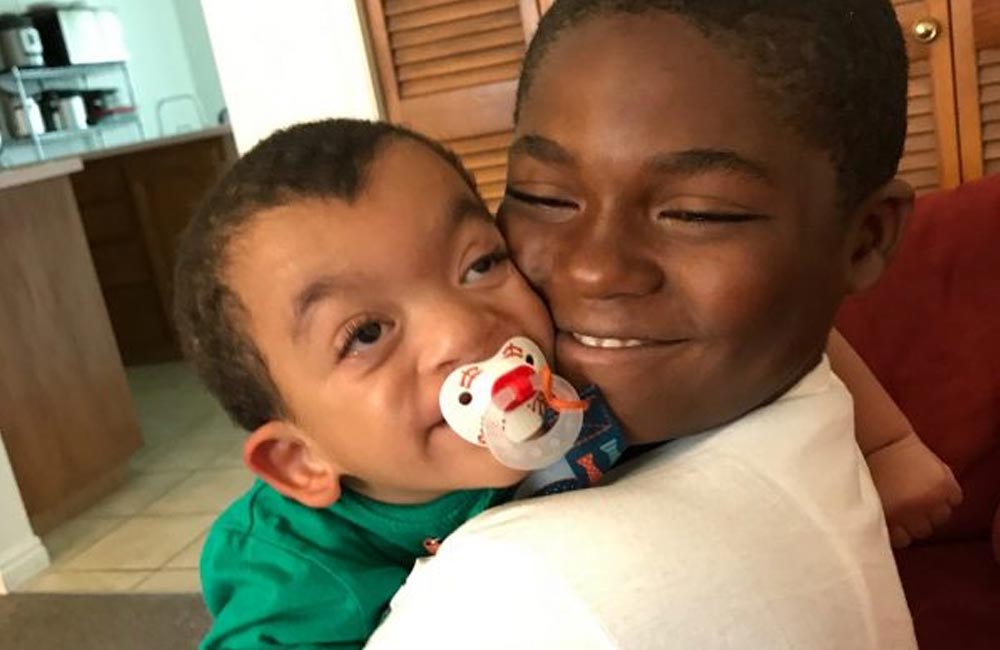 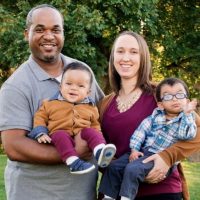 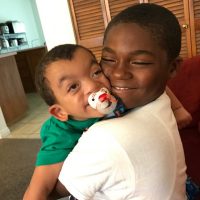 Maria and Brandon discovered during an ultrasound that their unborn son had a cleft palate. A more detailed ultrasound and genetic testing revealed their son has chromosome deletion 9Q.

Being unique in the world

At an ultrasound performed at 12 weeks gestation, Maria found out that her unborn son had a cleft palate. An umbilical abnormality was found in a follow-up ultrasound. Genetic testing was recommended but testing was limited due to miscarriage risk.

Once he was born, they did a full blood panel and found he was missing a large part of his ninth chromosome off of the q branch. “Most deletions on the ninth chromosome are on the p branch, so it is rare that his is on the q branch,” said Maria. “It’s also the biggest piece missing that they’ve found so far.”

Other people have similar deletions, but they are often smaller, and none have the exact deletion as Chase. He is unique in the world.

Wanting your child to be as healthy as possible

When Brandon found out their child was going to have some disabilities his first reaction was to hope he would be healthy. “I’m not one to dwell on any negatives, just get him here, and I’m going to love him however he comes,” said Brandon. “Our main concern was that he was going to make it, because there was a slight chance that he wouldn’t even survive birth.” Fear of the baby being stillborn was Brandon’s greatest worry.

“Probably the hardest is how many things I have to keep track of, like doctors’ appointments. Over the course of his life, he has probably had 20 specialists,” said Maria. “We were kind of narrowing it down a little bit to 15, but we were at the hospital a lot.”

Chase, who is 3 years old, has had 10 surgeries and with each surgery he has had at least five procedures done. He has several appointments each week with hospital therapies and surgeries. “Staying on top of his appointments. He’s an easy kid, really low-key, and super lovable, so probably the hard part is just how busy he keeps us,” said Maria.

Chase was born with a severe cleft palate and has had multiple surgeries to fix it. “His cleft lip was pretty severe when he was born. It’s a bilateral lip and palate, and so far, they’ve fixed his lip and soft palate, but his hard palate is still open,” said Maria. Because of the palate problems Chase is fed through a G-tube.

Chase also has heart problems, an intellectual disability, and he is blind and deaf. He also has several more surgeries in the future. “A lot of cleft work, and then he’ll eventually need some sort of kidney surgery,” said Maria. “His right kidney is pretty much shriveled up and decaying. He’s got his hard palate to be repaired, and he’s got an underbite, so they’ll have to break his jaw and pull it back.”

Boy who loves being on the floor

“I love holding him because he’s just super lovable. It took him a long time to smile, probably eight months, but once he started smiling and doing it consistently, that really brought us a lot of joy,” said Maria. “Any times he smiles today, it light both of us up, because it’s still few and far between, but he’s doing it a lot more regularly now.”

Chase loves being on the floor, especially with his little brother. “His little brother is 15 months old, and he just crawls all over Chase. He loves him to death, and they are just best friends,” said Maria.

“He’s on the carpet and in his world and he’s happy. That’s the best thing in the world. He gives hugs, and if he’s close to you, he’ll just grab hold of you and just hold you really, really tight,” said Brandon. “It’s an awesome thing to see him happy when he’s in his own little world, and smiling, and making noises and stuff like that.”

Having a great impact on your family

Maria remembers her dad having great concerns before Chase was born. “He was praying that things would get better and things wouldn’t be as bad as it seemed,” said Maria. But each ultrasound revealed more things wrongs with Chase. “My dad finally realized that he’s supposed to be like that, he’s supposed to come teach us stuff, and that’s all he has been doing. He’s amazing. He teaches us new things every day, like patience and deeper amounts of love.”

You can’t dwell on the negatives

Maria also feels like taking one day at a time is important. “I used to be a very structured, scheduled person, and even throughout my pregnancy, Chase would not allow me to be…I just had to learn to take it a day at a time,” said Maria.

Both Brandon and Maria feel it is important to ask questions when you see someone with a disability. “I like to educate people and share with them the knowledge that I have obtained, because it might help them,” said Brandon. “It’s no secret, and nothing to hide, so share what you have and hopefully it can impact somebody in a way they need…and give them assurance or some help.”

Maria wants people to know that people with disabilities are people too. “Don’t teach your kids to look away, because they are people, and once they get to school and see kids who are different, they are going to think that they need to look away and not be their friend, and that’s not what you want to encourage,” said Maria.

Maria also wants everyone to know that these children who come into our lives are amazing. “They will bless your lives more than anything you could ever give back to them.”