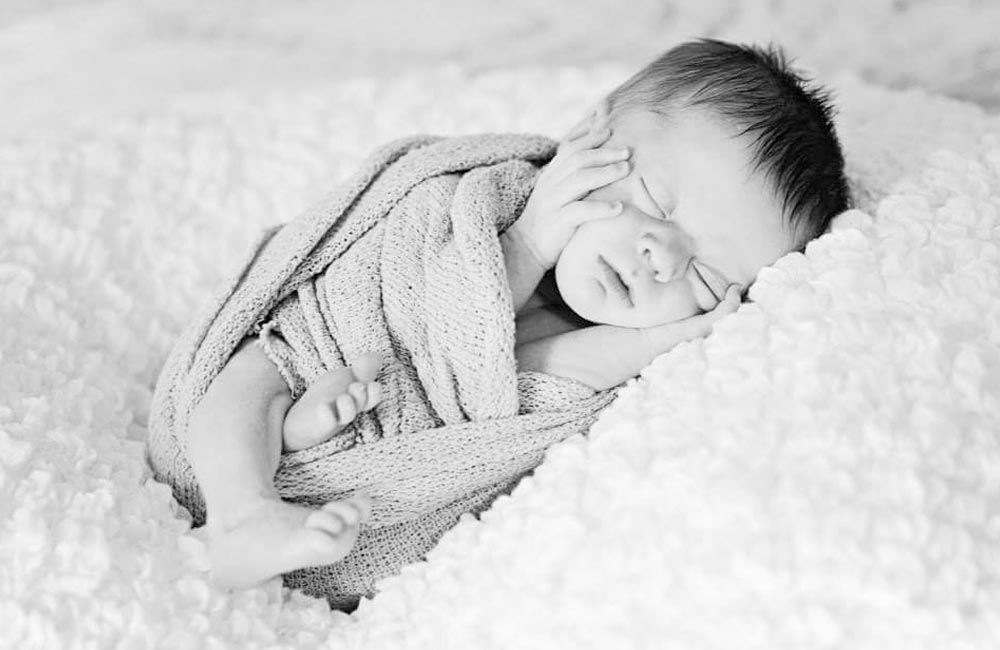 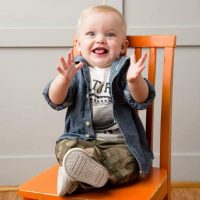 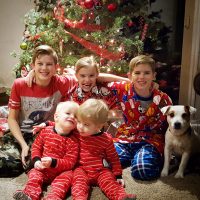 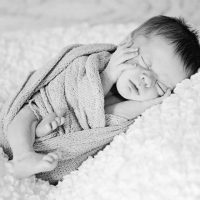 Lacey found out at a 28-week ultrasound that one of the twins she was carrying had a problem with his brain. They weren’t able to diagnose syntelencephaly and partial agenesis of the corpus callosum until after the birth of her son, Tell.

Taking a Different Path: The Journey of Syntelencephaly

Heart problem is suspected during an ultrasound

“I was pregnant with twins, and at 20 weeks, they noticed Baby B, who is actually Tell’s brother, had a heart problem,” said Lacey. The doctors referred her to a perinatologist to have an in-depth ultrasound, and at 28 weeks she met with the specialists. “I just went, thinking that they’re just going to double check his heart and that everything is going to be okay,” said Lacey.

“I get in there, and they said Baby B looks great, but where is your husband? I said he couldn’t make it today and they said, ‘Oh, well, Baby B looks good, but there is a problem with Baby A,’” said Lacey. “And you never want to hear that.”

Doctors are unsure of what to tell parents

“That’s when they told us something was going on with his brain, and they didn’t really know what to tell us at the time,” said Lacey. “From then on, we had ultrasounds weekly and an MRI, so from 28 weeks on there was a lot of worry and questions.”

Mother crushed by diagnosis of son

“I remember just feeling crushed and feeling like all the hopes and dreams that you have for having these two little boys, who bring so much joy and love, those expectations are totally different now,” said Lacey. “You wonder if you can handle what you’ve been given, I guess.”

Lacey received the diagnosis of Tell having Syntelencephaly right after her twins were born. The babies were both in NICU and the doctors did an MRI on Tell. The neurologist spoke with Lacey and her husband shortly after that. It is a rare disorder and Lacey was able to find two other families who have similar diagnoses.

“It’s hard because he looks so normal. I feel like I need to explain all the time about him, and I don’t want to have to do that about my child,” Lacey said. “I want him just to be him, and so that’s been hard.”

It’s also been hard for them to figure out how to help Tell through his social issues and some of the sensory problems he has. “But it has also been amazing to learn,” said Lacey.

There is a wide range of holoprosencephaly

Syntelencephaly falls under the main heading of holoprosencephaly, which covers many disorders with the brain. “Tell’s is more on the mild spectrum. They told us things that we could expect are seizures, learning disabilities, problems with muscle delay, and just different things like that,” said Lacey. “Once again, they don’t really know, so they tell us to watch for these things, and who knows if they’ll happen.”

“My biggest concern is that I want him to have the best life that he can have, and if I could do something to help him, I wanted to help him,” said Lacey. “We started having early intervention come in, and we helped him roll and sit up, kneel and stand, just things we take for granted in normal kids. We worked so hard for him to be able to do those little things, and the victories were so sweet, like when he started walking after they told us he would never walk.”

Lacey and her husband have three older children when they found out they were having twins. “I wanted one more, and that was a little bit crazy…so to get two was huge, like so much fun,” said Lacey

Tell’s brothers and sisters all watch out for him, but they fight like normal brothers and sisters do. “It has also been amazing to watch my older kids have a little brother who has some special needs, who isn’t like everybody else. It makes them more aware of kids around them, ” said Lacey.

Tell has a special relationship with his grandpa. “Not that he doesn’t love his other grandkids, but there’s just something special about him. There’s just a sweet spirit about him,” said Lacey.

“I think you have to have faith that even if it’s going to be hard, it’s going to work out. It may not be what you thought it was going to be, but you could learn so much more from these special little kids who are housed in these imperfect bodies. It has been amazing to see his spirit grow. He has been amazing for us,” said Lacey. “He has just brought so much joy to us that I don’t know what we’d do without him.”