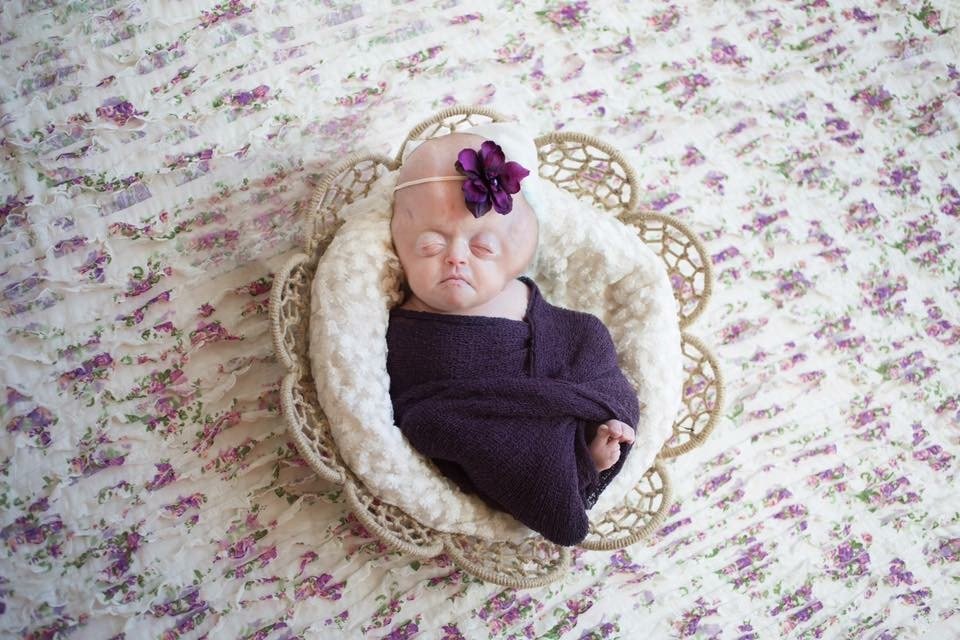 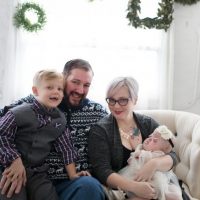 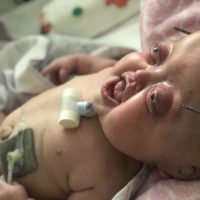 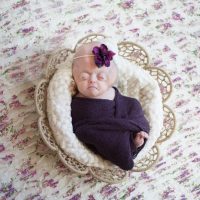 Emmy is an incredible little girl with Pfeiffer syndrome.  She’s already overcome many obstacles in her short 5 months of being alive.

Amanda found out that Emmy had some abnormalities at the 20 week ultrasound.  She recalls, “I’m an older mother, so we had all the DNA testing for all the different things that they test for, and all that came back completely normal..watching the technician go over and over the same areas, and we just knew immediately that something was not right.”

After the 20 week ultrasound they saw a doctor who was not very helpful.  She wasn’t able to provide them with any additional information besides termination options.  Amanda had this to say about it “we are the kind of people who want to have a second opinion…we saw a top craniofacial doctor.” That doctor was able to provide information and stories of hope from other children with Pfeiffer syndrome.

“Not many people have heard of pfeiffer syndrome.  It’s about a 1-in-100,000-births syndrome that has multiple issues.  The most obvious is the craniosynostosis, which is early skull fusion..she had pretty significant proctosis, which is bulging of the eyes due to shallow orbital sockets, and her skull is oddly shaped because of the way it had already began to fuse.  That can cause multiple neurological issues..some pfeiffer syndrome specific markers are white thumb, white toes.”

Emmy’s diagnosis didn’t officially come until after she was born.

“Emmy was born in July, and she spent the first four months of her life in the hospital. That was pretty difficult for us as a family..we had to make some tough choices as far as how to treat her.  She got a tracheostomy and had to get a rotation in her bowels fixed.”

Amanda explained being 2,000 miles away from family has been hard.  The lack of support system makes it hard for their 6 year old son as well was their ability to leave the house.  Emmy requires two adults in the car to travel places.

“Everyday is so incredible with her, because we are seeing so many signs that she’s developing.  All of the doctors would tell us that they never thought she would be able to breathe on her own, and she can..she was able to do these things that they kept telling us she would not be able to do, and she keeps doing that every day.”  Amanda shared.

Besides caring for a trach, Amanda talks about how Emmy isn’t much different than most babies. She described their daily routine, “Everyday we have to do trach care, where we clean around her neck and make sure everything is nice and clean and dry, and she’s not getting rashes or anything around the trach.”

“It was one of those things where we thought it was going to be so difficult and so complex once we got home, and we were so overwhelmed with how we were going to do everything, but it turned out to be kind of easy.  Once you get into the routine of it, it’s not bad; the trach care is actually pretty minimal.”

Roll with the punches

Amanda shared some great pieces of advice for parents who received a similar diagnosis.  “If you want to do this, you can, but you have to roll with the punches..it’s so difficult, but these kids can be, and often are, incredible.”