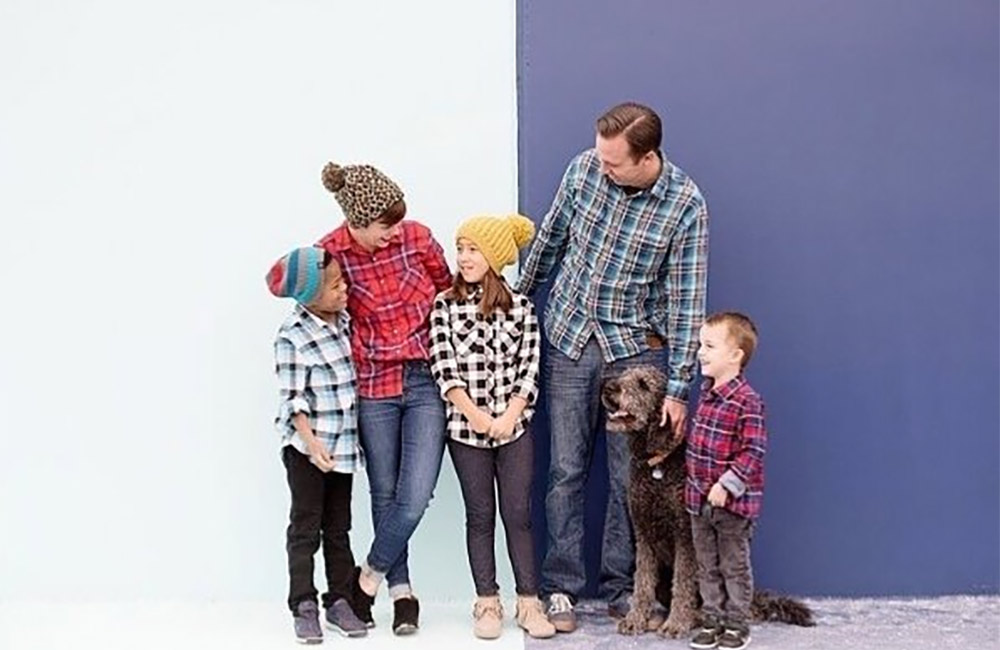 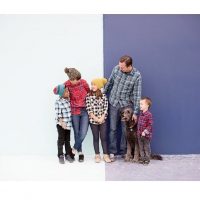 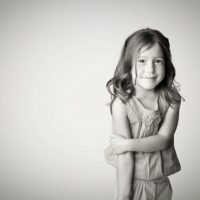 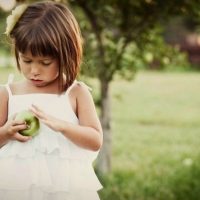 After several miscarriages, Courtney and John adopted Bella as a newborn. Bella showed signs early on as someone who had autism, but these symptoms were only recognized in hindsight. Since receiving an autism disorder and a mood disorder diagnoses, Bella has made great strides. Now she is often described as a delightful person.

An Autism and Adoption Journey

A series of miscarriages leads to adoption,

Courtney and John had been through a series of miscarriages. She was pregnant for the fifth time and told John, “If I miscarry again, we are going to adopt. My heart can’t keep doing this.” They did miscarry again, but since they were in the middle of building a new home, they decided to wait until the home was finished before starting the adoption process.

Two weeks before they were going to close on their new home, they received a phone call from a friend about a baby that was going to be placed for adoption. The birth aunt was facilitating the adoption and Courtney and John flew to another state to meet with her. The baby was born shortly after their visit and a few days later John and Courtney brought their new baby home.

When Bella was a baby, she was very fussy. As she grew older, she had trouble interacting with her peers. She would scratch, bite and pinch others. “She just never had the ability to control her emotions,” said John. “Courtney was the one with foresight to say that there is something going on here, this is not normal.”

“She walked a little later, and she definitely spoke later as she was well into age three when she started speaking,” said Courtney. “John’s also right in that she acted out aggressively a lot in those toddler years. We thought it was because of communication and speech.”

“Frustration based on communication, and for years and years and years, although we knew Bella had problems, we often thought we were trying to treat the symptoms through speech therapy,” said Courtney. “Or trying to change our parenting style, because it was us that she was hitting…It was through those toddler years for sure that we thought something was going on.”

Treating symptoms, not the problem

“We were treating symptoms for a very long time, and a lot of it, honestly is because of our own personal paradigms with the world,” said Courtney. “We have never been big fans of labels or diagnoses.” John and Courtney thought all of the problems would eventually work themselves out if they just tried harder to help her. “It really prevented us from getting the care and the diagnoses that she needed to move forward,” said Courtney.

Bella was able to adapt at the school she attended. “She has the ability to see what’s going on and try her best, and for years in school, she was able to fill that gap…and in some ways tricking us and helping us believe that she was able to do it…” said John.

Courtney and John moved to a new home and Bella started attending a new school. “She got into a school situation that ended up being incredibly unhealthy for her to the point that her aggression and her anger hit a tipping point where it was no longer safe for her and no longer safe for us,” said Courtney.

Bella was talking about harming herself and was starting to do scary behaviors. John and Courtney decided to call a hospital to see if there was any help they could get. They were able to get her admitted immediately. During the week she was at the hospital, they were able to meet with psychiatrists and do testing which showed a dual diagnosis of autism and a mood disorder.

“We learned some other things about her IQ and memory, and other things based on her genetics and where she came from that gave us some more clarity,” said John. It helped them to understand her reactions to things better.

It was a relief to finally get a diagnosis

“I felt like for several years we were stuck, that we didn’t know how to get out of this kind of loop we were in,” said Courtney. “It wasn’t without effort, and it wasn’t like she wasn’t seeing doctors because she was.” Bella had seen many doctors and psychologists and had been previously misdiagnosed with an attachment disorder. “Finally, through this honestly traumatic event of having to put your child in a psychiatric unit, just out of the sheer need for them to get help, all of the pieces fell into place,” said Courtney. “It was like letting go of all of my own personal expectations and preconceived notions that allowed us to get her the help and put us on the path of being so much more healthy today than we were then.”

Bella was taught coping mechanisms while she was in the psychiatric unit that made a big difference in the way she handled things. Bella was able to get into a self-contained classroom which also greatly helped. She loves school now. “It went from kicking and screaming to go to school to her now waking up half an hour early this morning, getting dressed by herself, and combing her own hair because she wants to be ready for school,” said John.

“She wants to be at school because her friends are there. She is loved and accepted,” said John. It was a big transition for their family from survival with traumatic experiences to thriving. “Although her life might look different than I expected, there is still so much beauty and so many wonderful things,” said Courtney.

Girl with autism is gifted and talented in many ways

“One of Bella’s gifts and talents-because I believe everyone has gifts and talents-is that people love her. You can’t help but just love her if you know her,” said Courtney. “The amount of love and understanding and increased empathy from everyone in our families is phenomenal.” John and Courtney have also changed because of Bella. “The opening of world views and mindsets based on this one individual child is pretty phenomenal,” said Courtney.

John and Courtney have two other children beside Bella, both boys. “Our family, who has embraced, has been nothing but loving,” said John. “They have learned to be her protectors and to show her unconditional love. That has been amazing, to see our boys develop empathy for her.”

“I find it interesting that people think they get to choose how their child is going to turn out if they adopt. I think there is a certain amount of uncertainty when you adopt, but then there is a certain amount of uncertainty when you have a biological child,” said John. “We have two adopted children and one biological child, and you don’t know what you’re going to get either way.” John and Courtney know that each child is unique and that you don’t get to choose how your child develops in different areas. “You get to decide one thing-whether you love and support that child or not, and that’s really the only choice you have in raising a child,” said John.  “And that’s the most important choice also.”

Life is completely different than they thought it would be

“My life is completely different than I thought it was going to be when we adopted that child 12 years ago, but it’s so much better,” said Courtney. “I have had to change things, and yes, my expectations are different, and our schedules are different. We have a lot of support and outside help, but those are all beautiful things, because ultimately, I have her.”

“We came to the full realization of who she is and what she’s going to struggle with, we both went through a mourning process,” said John. “We were in mourning for the life that we thought we were going to have, that we had already pre-planned for…to come to that full realization, and to love where we are at now. We have a beautiful life, and we have a beautiful child.”

Not knowing what the future holds

“It’s our pleasure to get to be her parents,” said Courtney. “I don’t think either of us are under the assumption that life isn’t still going to be hard, and there still won’t be difficult times and things that we won’t know how to do.”

They have the teenage years ahead of them and it will be difficult with her additional challenges but are still confident. “I know we can do it. I know she can do it,” said Courtney. “We will have a vision for her life, and we will hold it dear until she can take it on for herself. We’ll nourish it and hold it, and we’ll set it up until she can, in whatever capacity that is, take it for herself and on her own.”