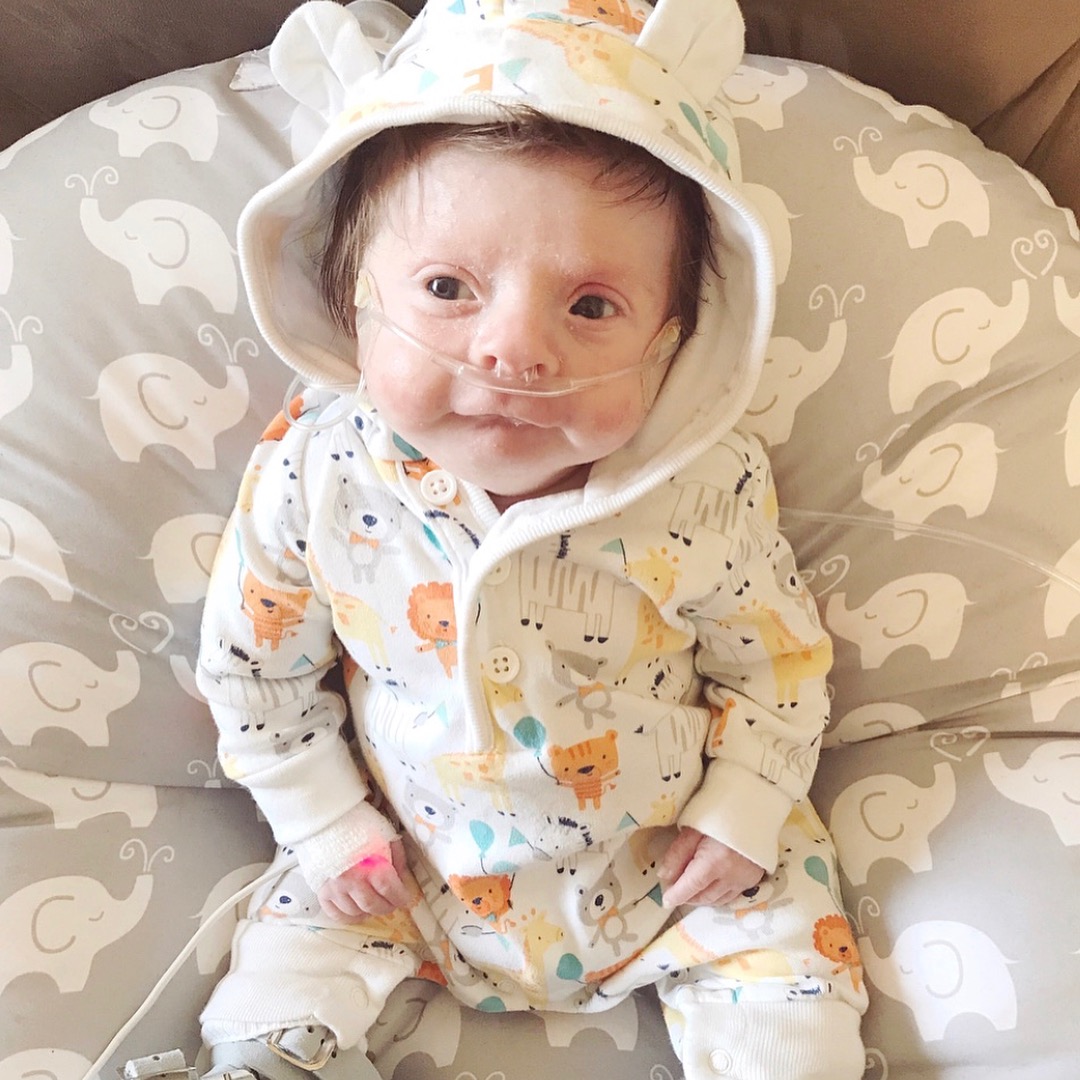 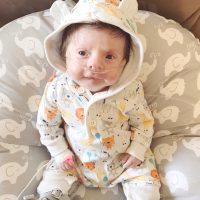 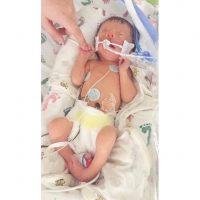 We were elated to see the little heartbeat on the screen at our ultrasound after two previous miscarriages. We had been waiting and hoping for our precious rainbow baby! The day of our anatomy scan came and we found out we were having a boy! We had already picked his name, Oliver Jameson. He had 10 fingers, ten toes and was very active BUT we were blind sided when the doctor told us there were a few problems and we needed a level two scan done. ⠀⠀⠀⠀⠀⠀⠀⠀⠀⠀⠀⠀ ⠀⠀⠀⠀⠀⠀⠀⠀⠀⠀⠀⠀ ⠀⠀⠀⠀⠀⠀⠀⠀⠀⠀⠀⠀
At that next scan they discovered club feet, brain abnormalities, IUGR, possible heart defects and a few other issues. We had an amniocentesis but the quick results came back negative. I was then informed of a possible hereditary chromosomal syndrome and we tested Oliver’s amnio sample. Those results came back positive and he was officially diagnosed with TARP Syndrome. He was given a 10% chance of survival but we never gave up hope. ⠀⠀⠀⠀⠀⠀⠀⠀⠀⠀⠀⠀ ⠀⠀⠀⠀⠀⠀⠀⠀⠀⠀⠀⠀ ⠀⠀⠀⠀⠀⠀⠀⠀⠀⠀⠀⠀
We were monitored closely and I was induced at 37 weeks. Oliver ended up being born through an emergency csection at 4 pounds but was alive! He was intubated for one week and spent one month in the NICU before coming home. He was on low flow oxygen, had an ostomy bag, was fed through his gtube and went through casting and a brace for his club feet. He ended up requiring jaw surgery for his Pierre Robin Sequence but recovered quickly. ⠀⠀⠀⠀⠀⠀⠀⠀⠀⠀⠀⠀ ⠀⠀⠀⠀⠀⠀⠀⠀⠀⠀⠀⠀ ⠀⠀⠀⠀⠀⠀⠀⠀⠀⠀
Unfortunately his lungs were weak and he ended up in and out of the hospital with lung infections. Around four months of age his breathing was becoming worse and he was hospitalized again. The doctors worked extremely hard to find the cause. After multiple echocardiograms it was found that Oliver had Hypertrophic Cardiomyopathy. This heart defect can only truly be fixed with a transplant and unfortunately Oliver did not qualify for one. He didn’t respond well to his heart medication and we made the tough choice to move him to comfort care. We spent the next day or two snuggling and giving hugs and kisses. He passed away peacefully in bed with us a day before his five month birthday.