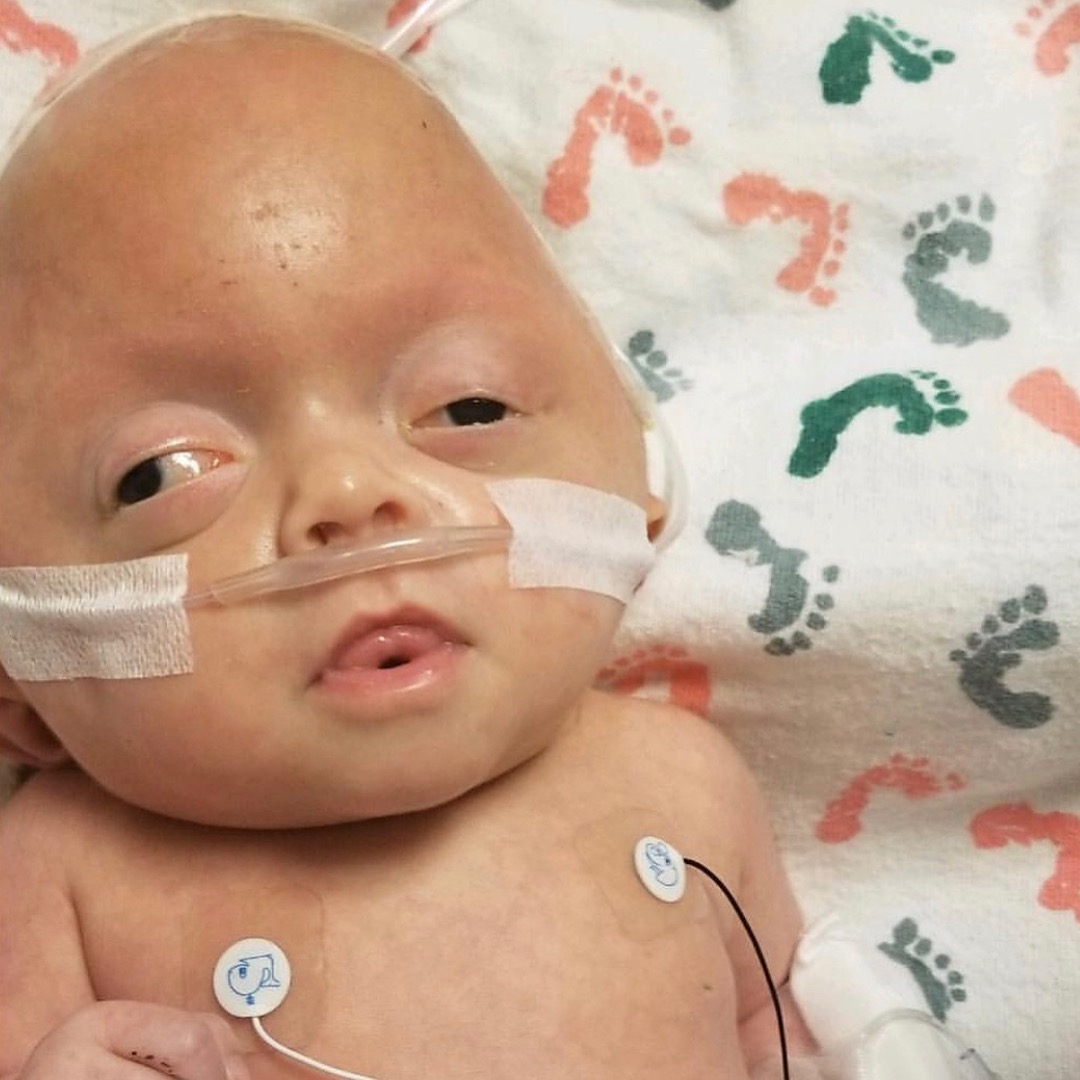 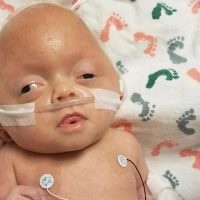 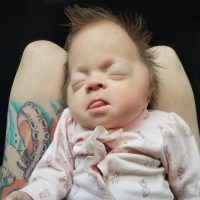 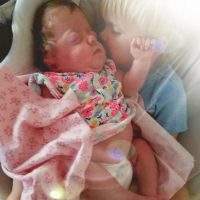 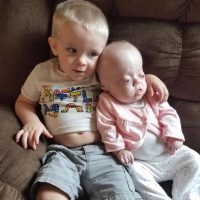 My daughter, Halle, is 3 months old. Her rare disorder was a complete surprise to us. While I was pregnant we were told everything looked great and she was healthy. It wasn’t until my cesarean that we knew something was not right. The nurse rushed her to the NICU and told me I could see her in a few hours. We were so confused.

She was the first known case of Pfeiffer syndrome in our county, and none of the doctors at our hospital knew what she had because they had never seen it before. So they took photos and labs and sent them to a larger hospital who then told us she had Pfeiffer syndrome.

Since then our world has completely changed. At first I was scared and extremely overwhelmed. Now we have learned so much from having her. She had her first surgery at 5 weeks old to remove her skull, and she will have many more to come. It took a while to get out of the shock phase, but we feel so lucky to have her and would love for more people to know about her and her condition.