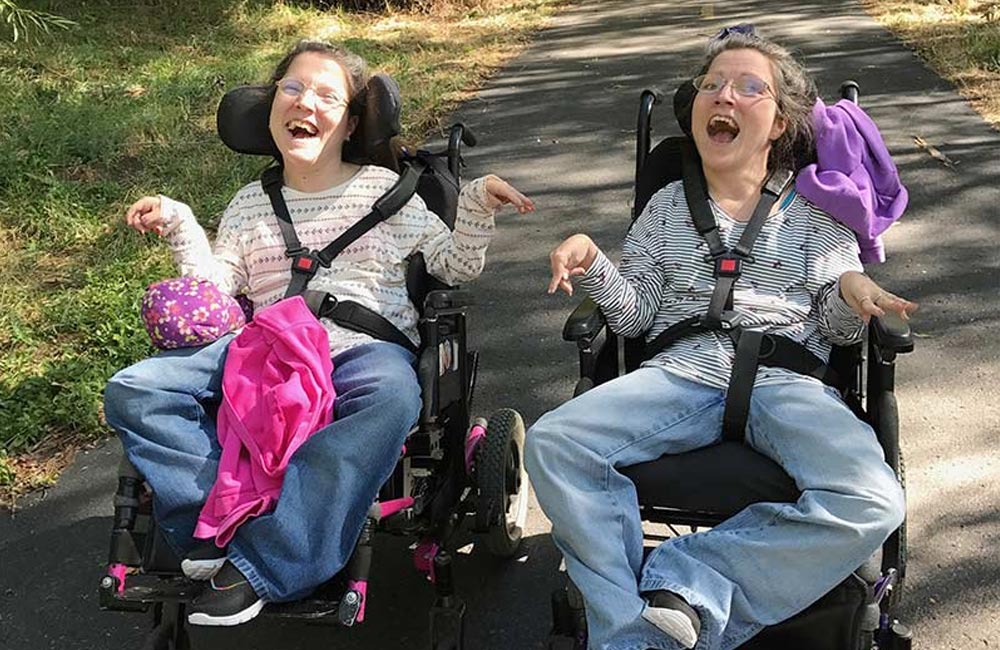 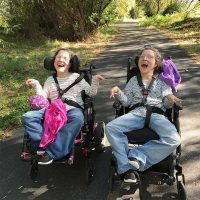 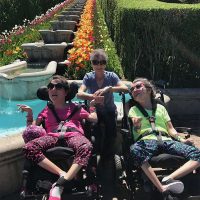 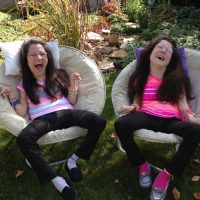 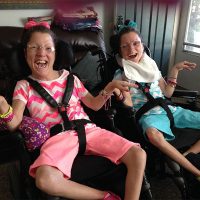 Ann gave birth to beautiful identical girls.  When they were only a few hours old, they noticed something might be different with them.  They were later diagnosed as having spastic quadriplegic cerebral palsy. Ann shares her journey in fighting for her daughters lives and how they have been a blessing to her family.

Ann recounted the night Kaye and Karen were born.  She said, “They were just beautiful. They were the talk of the hospital that night.  When my husband was there, we were feeding them , and they acted like they were gagging on the milk.”  They called the nurse in who took them into the nursery for observation.

While in the nursery, the twins had a seizure and were transferred to the NICU.  The following morning it was apparent that the twins had something more going on with them.

Getting a definitive diagnosis

At about three-months-old Kaye and Karen received their official diagnosis of spastic quadriplegic cerebral palsy.  The doctor who gave the diagnosis strongly encouraged Ann to place them in an institution and forget that they were ever born.

Ann quickly said, “I literally came unglued and told him that the Lord had given me these two babies and they were my responsibility, and that I was not going to put them away, and that they were mine and I was going to do whatever I had to do to take care of them.”

Ann was told that at one point that her girls wouldn’t live past the age of one, then three, then five, then eight.  After growing tired of hearing her girls were going to die, Ann told the doctor, “Look, they are going to be here as long as God wants them to be here, so I don’t want anybody telling me they aren’t going to make it through this because i am going to fight tooth and nail for their lives here on this earth.”

Kaye and Karen proved the doctors’ wrong everyday.  Karen and Kaye have lived for 41 years. Sadly, two months ago, Kaye passed away from medical complications following a broken bone.

Fighting for children with disabilities

There were several things that Ann did to help ensure Kaye and Karen stayed healthy.  Ann shared, “Little Kaye was always my respiratory one. It seemed like she always contracted anything that anybody brought through the door, so we had to make sure that we put signs up saying ‘If you’re sick, please do not come in.’

Another way Ann fought for Kaye and Karen was pushing to get a feeding tube for them.  Both girls were able to eat by mouth. However, their diagnosis made it very difficult for them to chew and swallow.  Ann said, “After we had the feeding tube put in, she just thrived”

Saying goodbye to your child

“With little Kaye, one morning I went to pick her up to brush her teeth and give her a drink, and her little arm broke. We had to take her to the emergency room, and they would not touch her because her little bones were so fragile and porous..so so ended up with a blood clot that came from the arm into the lungs and that’s finally what took her.”  Ann said.

Spastic quadriplegic cerebral palsy affects every aspect the body.  Both Kaye and Karen were in wheelchairs their entire life and were unable to put weight on their legs and arms.  This caused Kaye’s bones to become fragile.

Ann has an older daughter named Kellie.  We interviewed her and can check it out here.  Ann shared how having Kaye and Karen impacted Kellie’s life.  She said, “My parents basically raised my oldest daughter for a while.  I just couldn’t give her the attention that she needed, and she loved being with grandma and grandpa.”

She also spoke of her husband saying, “..while he loved them dearly and did anything he could possibly do for them, he didn’t realize the blessing they were to him until later on in life.”

Kaye and Karen were total care, this means that they required assistance in every aspect of their life.  Because of this, Ann advised parents, “I think my first advice would be to contact the state and let them know what you’ve got, and get on their waiting list so that you can get support.”

Ann was able to receive support from the state which allowed Kaye and Karen to remain in their home their entire lives.  She said, “You just can’t do it by yourself. We have so appreciated the help that we have received from the state.”

When she was asked if she had any final thoughts, Ann wanted to share, “By having them, you have more compassion and more acceptance of people who don’t walk like me or talk like me.  I’ve truly been blessed with them and because of them.”