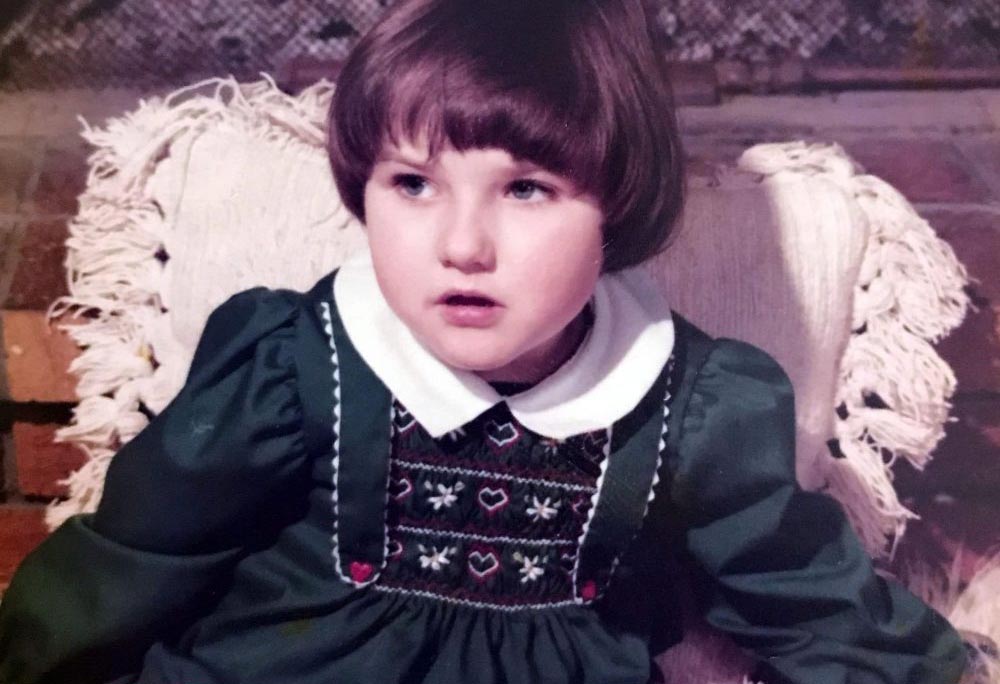 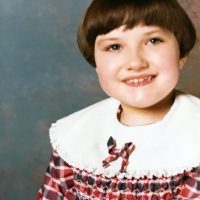 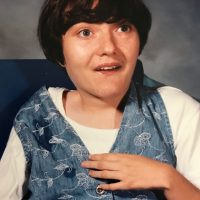 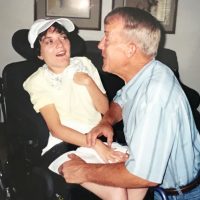 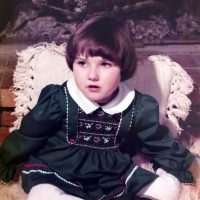 Krissy was 10 months old when her mom Ann started noticing she couldn’t do typical things for children her age.  Krissy was later diagnosed with ataxic cerebral palsy with a seizure disorder. Ann has since been a tireless advocate for Krissy and even started a post-high school program in her state.  Krissy lived for 33 years and passed away 11 years ago. Ann shares what a joy she was in her family and her life.

Ann arranged for a photographer to come into her home to take pictures of her 10-month-old daughter.  This was the first time she really paid attention to what Krissy was able to do.

The photographer wanted Krissy to do various things during the photoshoot.  To which Ann said, “She can’t do that.”. The photographer was shocked and mentioned that all children her age can do those things.  This is when Ann first started worrying about where Krissy was developmentally.

When her husband arrived home after an assignment in the military, she asked him to make arrangements for Krissy’s one-year checkup early.  Their pediatrician was also their bishop in their church. He replied to the request of an early checkup saying, “I’ve been noticing her at church.  I’m glad you called.” That immediately made Ann think something was wrong.

The time they lived in Illinois when Krissy’s school mentioned to Ann that they thought Krissy was having seizures.  Ann hadn’t noticed any but decided to take her to be evaluated. The doctor there said what Ann described as, “..the one who gave me the best thing in my whole life.”

He told her, “I want you to love this little girl.  She is beautiful, so i want you to take her home and love her.  She is going to bring joy to your life as she grows. She is going to be harder to take care of, but your body will adapt to it; you will know exactly what to do for her.  Just love her and keep her home.”

Later on, Ann wanted to know what more she could do for Krissy.  She took her to another doctor who gave Ann horrible advice. He said, “I think you need to have a life with your husband.  Put your daughter in a state school and leave her there, and you and your husband enjoy your life together.”

Ann responded, “I don’t think I will come back here again, and I am not going to recommend you to anyone else.” Ann decided she was going to keep doing what she had already been doing.  She was going to love Krissy and let her bring joy into her life.

Since Ann’s husband was in the military they moved around several times.  When they moved to Tacoma, Washington, Krissy was officially diagnosed with ataxic cerebral palsy with a seizure disorder.

Ataxic cerebral palsy is the least common form of cerebral palsy.  It is characterized by clumsy uncoordinated movements. Krissy was total care, she was in a wheelchair and relied on Ann to perform everyday tasks for her.

It wasn’t until a teacher asked Ann what her plans for Krissy were after high-school that Ann realized there were no options.  Ann had chosen to keep Krissy home, which meant there wasn’t a post high-school program in place for her.

Ann decided to do something about it.  She put a flyer in each of the kid’s fruit bags at Krissy’s school inviting other parents to come to her house for a meeting.  Ann said, “I got all these phone calls from people saying that they wanted to come to this meeting and I thought, ‘Oh boy, now I’ve got to plan a meeting!”’

Ann did her research and was able to receive guidance for how to create a plan and how to get funding for their post high-school program.  With the other moms in her group, they started lobbying for their children.

At first Ann said she had no idea what she was doing.  When she first started lobbying she recalls being laughed at.  She said, “They laughed at me, and that was hard. When they said, ‘You’re never going to get that because your child is too severely disabled. You’re not going to get it.’..that’s when I said to myself, ‘I’ll get it.  I’m going to do it and I’ll get it.’ I was determined.”

They were only able to receive funding for three people at first.  However, it expanded from there and was able to create a post high-school program for people with disabilities.

“I have no regrets, none.  Since I’ve lobbied and done what I’ve done, I’ve had people come to me and watch me.  They just couldn’t’ believe all the things that I did.”