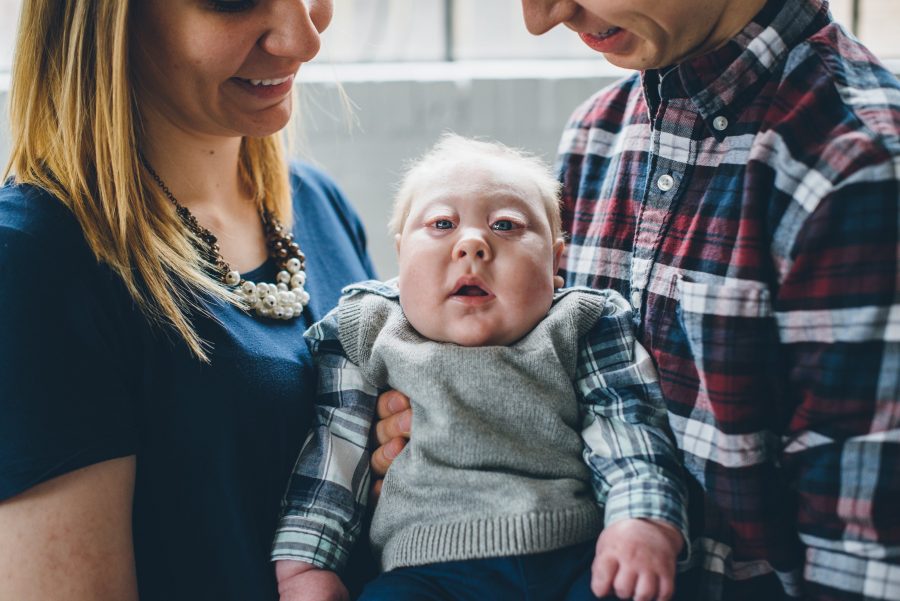 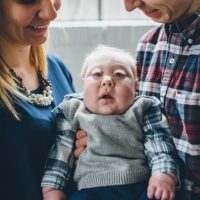 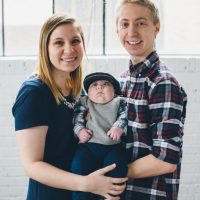 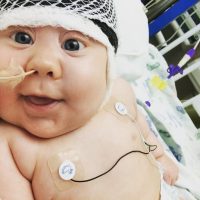 As young, college students, having a child with a disability wasn’t on their radar. Alyssa and Ben were shocked when they learned at their 23-week anatomy scan that their son, Will, had some brain abnormalities.  They were heavily encouraged to abort their son. He has defied doctor’s limited predictions and is a joy to have in their lives.

Every Baby Deserves a Chance

Finding out your son is going to be different

Alyssa recalled the moment they first found out that their son, Will, was going to be different than what they expected.  She said, “During the ultrasound, our doctor saw a cyst and said what he described as ‘a horseshoe.’.the head measured smaller than it was supposed to, .so he sent us up to Madison Memorial Hospital that has more updated equipment where they could have a radiologist look at it.”

The next day their doctor received the results and called Alyssa and Ben.  It was what he had previously thought, there was a cyst and his head was measuring smaller than it should have.  He recommended a specialist to look at it to make sure. The specialist was able to see them a few days later and gave them a grim diagnosis.

He told Alyssa and Ben that their baby had an encephalocele, the brain was being pushed into a sack.  He said that their child had less than one percent change of living past 30 weeks pregnancy.  They asked, “What about if the baby lives?” To which he replied, “I guess there is a chance, like a tiny, tiny chance, and if the baby lives, he’ll have absolutely no quality of life. He won’t most, he won’t walk, he may live a couple of hours after birth, and if he lives more than that, he won’t do anything. He’ll be a vegetable.”  The only thing he could offer them was an abortion.

It took awhile for reality to set in

After they received this news, Ben said, “I was definitely very, very scared, and I don’t think it really hit us.  It took a while for it really to sink in that there wasn’t going to be a possibility for Will to survive.”

A few weeks after they met with the specialist is when Ben said they really felt the full facts of there being little to no chance of Will surviving.  He said, “It was kind of like a slap in the face..so it was definitely very scary and almost not realistic, like not real.”

After Alyssa hit 31 and 32 weeks, they realized that Will was doing great.  They planned for his birth with a scheduled C-section. The doctor told them that she didn’t expect Will to live.  Alyssa and Ben said that they wanted full intervention so they could have a little time with him. Their doctor agreed.

With the big machines booted up and the NICU teams standing by, they started her C-section.  Alyssa said, “..the doctor who said that he would come out blue and not breathing, took him out and suctioned his mouth, and then he opened his mouth, looked at her and screamed and started crying right at her.”

Having one plan after you give birth

They had been told for most of their pregnancy that Will would die either before, during, or shortly after birth.  Alyssa and Ben shared that their only plan after he was born was to have a funeral. They had picked out the cemetery plots, and the casket.  “That’s what our plan was; we didn’t really plan for when he would live because no one gave us hope.”

They had to quickly drop their original plan and come up with a new one.  Will shocked all of the doctors with how vigorous and how well he thrived.

After he was born, Will received his official diagnosis of cutis aplasia congenita with a developmental delay.  Typically when someone has cutis aplasia they have a quarter sized hole of missing skin in the back of their head. Sometimes the bone is there or not there. Will is missing the entire back of his head.

Typically, they can let bone and skin grow in, however, Will’s is so significant, Alyssa said, “..It gets really difficult as to ‘how so you cover that with no bone to cover?’ Surgery-wise, it was very difficult and very hard.”  Will has had 13 surgeries for different skin grafts and is expected to have several more for additional skin grafts and for bone grafts as well.

Ben attributes Will to bringing Alyssa and him closer together.  He said that, “I think in general it has affected everyone a little differently..it has definitely been a transition for a lot of family and friends to be able to know how to interact with us and him.  It has not always been easy for them. It’s not always easy for us, but I actually think in general, it has definitely been a good transition for everything to have him here.”

Knowing you did everything for your baby

This is something Alyssa wanted to be able to say.  She chose not to abort Will because she wanted to know that she gave him a chance, she said, “One doctor said that, ‘You know, I encourage you to have him and the University of Utah Hospital because everything is there, and if he passes away, you know you did everything you could to give him the best chance.”

Ben added, “All children who have disabilities are here for a reason, and they are all definitely here to make differences in people’s lives.”